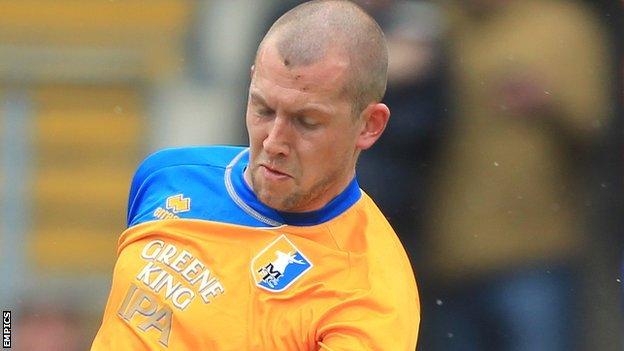 Hereford United are trying to secure a deal to keep hold of on-loan striker Ross Dyer for another month, reports BBC Hereford & Worcester.

The 25-year-old, who has also played for Hednesford and Forest Green, joined the Bulls from League Two newcomers Mansfield in October.

He scored for the Bulls in Tuesday night's 2-2 draw with Chester City.

Dyer also netted on his Hereford debut against Dartford and has played four games for the Bulls in his loan spell.