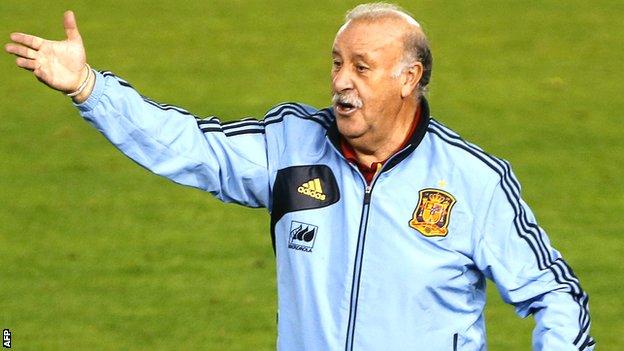 Spain coach Vicente Del Bosque has signed a new contract to stay in charge of the world champions until 2016.

The 62-year-old coached Real Madrid and Turkish club Besiktas before being appointed Spain coach in 2008.

During his reign he has guided the team to the 2010 World Cup in South Africa and the 2012 European Championship.

Spain, who have qualified for the 2014 World Cup, had the chance to add the Confederations Cup to their trophies in June but lost the final 3-0 to Brazil.

That was one of only six defeats the team have suffered in 82 matches under Del Bosque, who has presided over 67 victories.