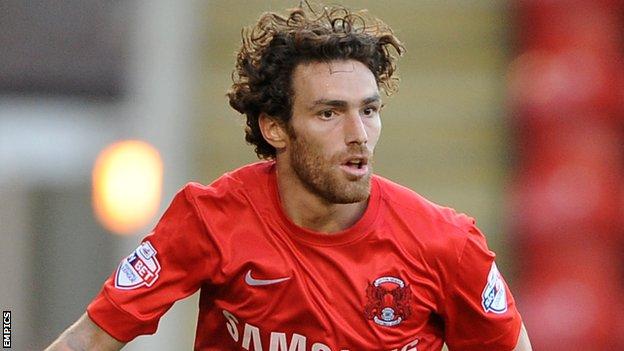 Leyton Orient midfielder Romain Vincelot has been given a one-match ban for deliberately picking up a yellow card in order to trigger a suspension.

The Football Association found him guilty of purposefully being cautioned against Southport in the FA Cup last week to register his fifth booking this term, and he was also fined £1,500.

Orient will not contest the decision.

Players collecting five cautions between the start of the season and the end of December are automatically suspended for one first-team game, but Vincelot's booking against Southport meant he did not miss a league match.

The FA brought the charge "on the basis that his conduct was an attempt to undermine the purpose of the disciplinary process".