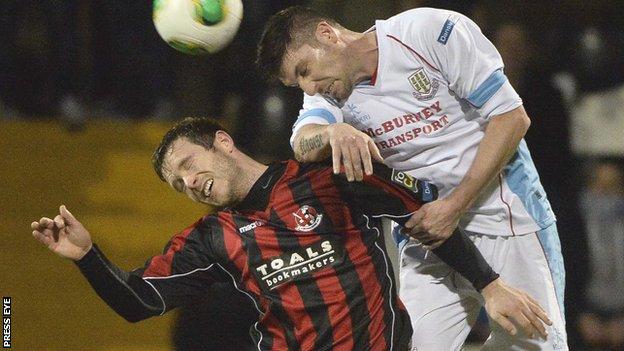 Crusaders will take on Ballymena at Seaview while Ards have been drawn at home against holders Cliftonville in next month's League Cup semi-finals.

The semi-finals will be played on Tuesday, 17 Decemeber with a 19:45 GMT kick-off for both games.

Crusaders progressed to the semis after a penalty shoot-out win over Linfield while Ballymena beat Portadown 4-0.

Ards knocked out Glenavon, also after a penalty shoot-out, while the Reds eased to a 4-0 win over Bangor.