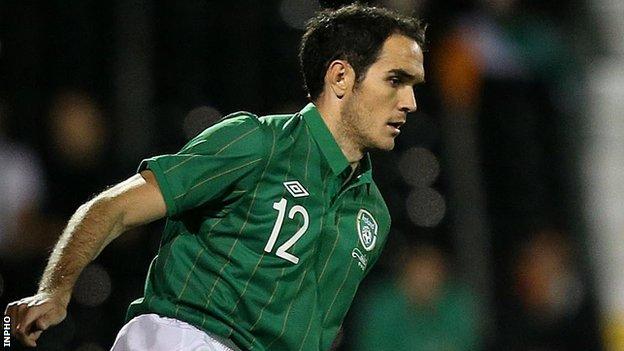 West Ham United defender Joey O'Brien is expected to be an absentee when the Republic of Ireland squad departs for Poland on Sunday.

O'Brien had a scan on a hamstring injury and is unlikely to travel with Martin O'Neill's men for Tuesday's friendly in Poznan.

The player reported the problem during the warm-up ahead of the 3-0 victory over Latvia on Friday.

Midfielder Andy Reid has already pulled out with a hamstring problem.

The Nottingham Forest player, who was a substitute against Latvia, sustained the injury in training on Saturday.

However, central defender Sean St Ledger, who was also a doubt, was expected to be on the flight to Poland.