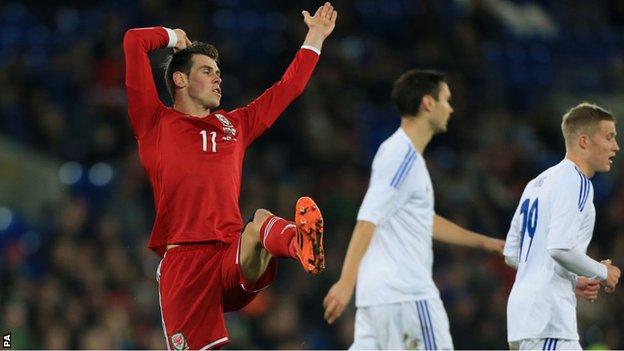 Wales manager Chris Coleman rued the late error that allowed Finland to snatch a in Cardiff.

Andy King put Wales ahead but in time added on Roman Eremenko picked up a loose ball in midfield and sent Riku Riski through to equalise.

"One slip and we've been caught and conceded a goal. The lads and I are absolutely gutted," said Coleman after the friendly match.

"When you are 1-0 up with two minutes to go you have to see the game out."

Coleman, who this week, admitted his side could ill afford the lapse in concentration that led to the late goal at Cardiff City Stadium.

"We knew it would be hard and they set the pace early on," Coleman said.

"In the second half we did enough to win the game, it would have been another good clean sheet for us.

"We got our noses in front. We got a good goal and we felt we should have had a penalty also.

"You should hold on to that win with a couple of minutes to go. We should have shut up shop and we didn't do it.

"At this level it doesn't matter how well you play, one lapse in concentration and you get punished. It is a harsh, harsh level of football."

Finland manager Mixu Paatelainen felt a draw was a just result against a Wales side he expects to be vastly improved in the Euro 2016 qualifiers.

"I thought it was well deserved," Paatelainen said. "If you look at the Wales team individually they have some fantastic players - I think Wales will do well in the next qualifiers.

"Today we played some good football, especially as for some of the players our season is over."