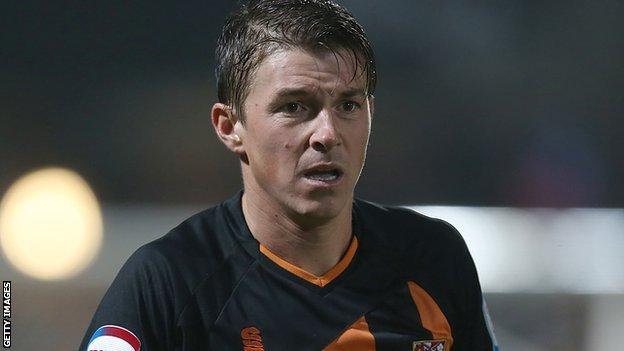 In Saturday's league game with Salisbury,

"We've done really well up to a point but one goal goes in and all of sudden panic sets in," he told BBC Newcastle.

"You're looking over your shoulder, panicking a bit and before you know it you've conceded again."

Losing leads late on was a trait that ultimately

Gateshead lost at Kidderminster in their first game of the season and, after 1-0 leads turned into successive 2-1 home defeats, Smith resigned to be

"Defensively we had been excellent until these late goals," Oster remarked.

"The team just have to stay calmer - if one goal goes in just dust yourself down, move on and refocus."