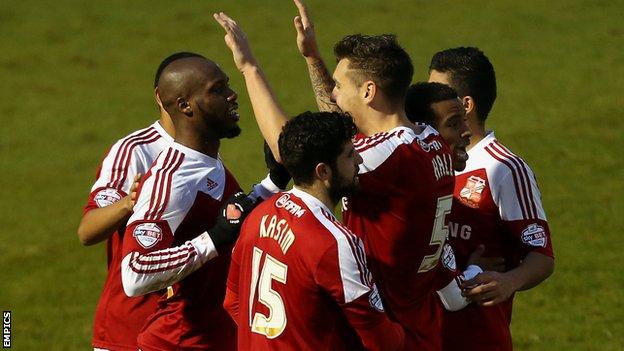 The Robins were beaten 4-0 by non league side Macclesfield in the FA Cup and had lost four of the previous five away from the County Ground.

"I thought we were outstanding. It's been a long week with a lot of work," Cooper told BBC Wiltshire.

"We've come away from home and won and hopefully people will stop asking me about the away form now."

Goals from Nicky Ajose and Dany N'Guessan saw the Robins take three points at the Colchester Community Stadium to move them into the League One play-off places.

Playing in a 4-6-0 formation, Swindon dominated large spells of the game, but Cooper thought it should have been more comfortable.

"I'm not being disrespectful but we should have won by a far bigger margin than we did," Cooper said.

"We wanted to hit them on the break with two wide strikers which is what we did and I thought the game should have been well and truly over before it was."