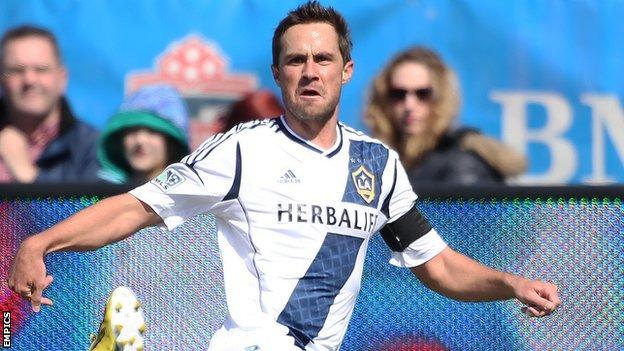 Wolves have given a trial to LA Galaxy's American striker Jack McBean.

The 18-year-old has arrived at Molineux following the end of his season in the MLS with the Galaxy, where he scored seven goals.

"Jack is here training for a few days. We'll see how he fits in and whether he is one to look at in the future," said Wolves boss Kenny Jackett.

"The MLS is a good league. If we have a look at some of the younger players there it might benefit us."

He added: "As the MLS season draws to a close we may do that with a few other players as well where we can have a look whether it be players potentially for the first team or the development group."

Meanwhile, Wolves keeper Wayne Hennessey has returned to the club following the end of his three-month loan spell at Championship side Yeovil Town.

After missing the whole of last season, following surgery on a cruciate knee ligament injury, the 26-year-old 41-times capped Wales international has proved his fitness at Huish Park, as well as winning back the number one jersey at international level.

Hennessey is not eligible for Tuesday night's FA Cup first round replay against Oldham Athletic as he was not eligible when the original tie was played at Boundary Park.

Wolves will also be without winger James Henry, who picked up a groin injury in Saturday's 1-0 win at Meadow Lane against Notts County.

According to Jackett, the Millwall loan man looks likely to be sidelined for "about three weeks".