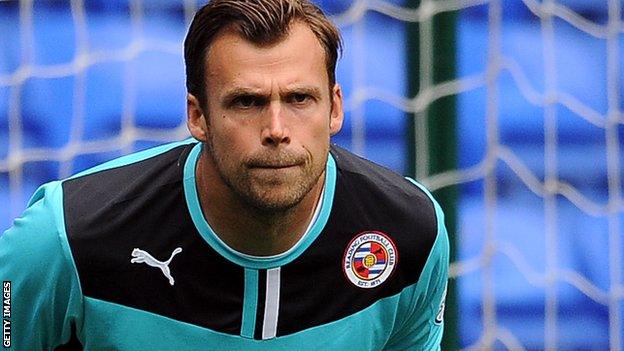 The former Arsenal, Aston Villa and Manchester City goalkeeper has not featured for the Royals since March.

Since making his debut on loan at Bristol Rovers in 1999, Taylor has averaged just 4.8 league starts per season.

Taylor, 32, will help cover the absence of Marek Stech, who faces another month out with a hand injury, while Wayne Hennessey's loan from Wolves has ended.

"We've got a good relationship with Gary Johnson down there so it suits both parties," said Reading director of football Nick Hammond.

Taylor could make his Glovers debut against Doncaster in the Championship on Friday.