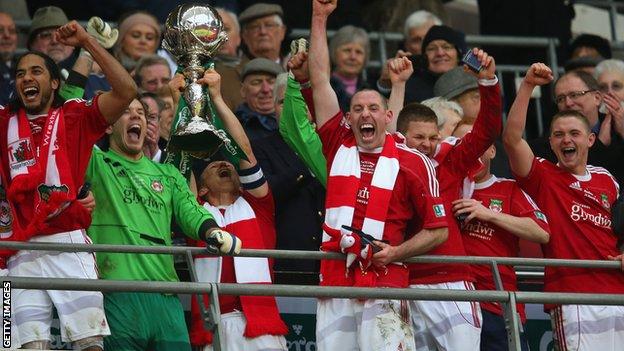 Wrexham will begin the defence of the FA Trophy against Northern Premier League Division One South side Gresley.

Andy Morrell's side, who beat Grimsby in last season's final, will be at home in the first round on 30 November.

Colwyn Bay will be home to Brackley Town or Leek Town if they beat Altrincham.

Bay were losing 2-0 to Altrincham last Saturday when the game was abandoned with seven minutes remaining after the referee suffered an injury.

The Welsh side rejected replacements, including Altrincham coach Ian Senior, for the injured referee and the game will be played again on Tuesday.