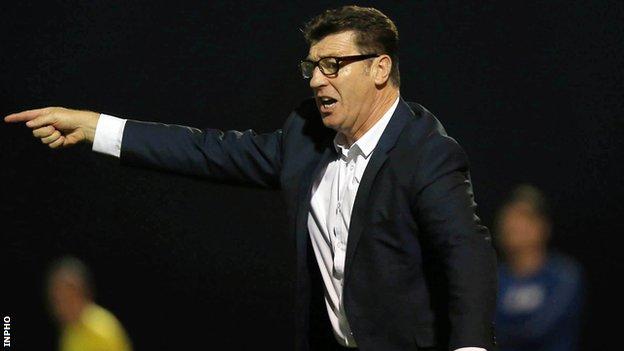 Roddy Collins and Gus McPherson are among the leading contenders to become the new Derry City manager following a series of interviews at the weekend.

Collins became a free agent after guiding Athlone Town to promotion to the Premier Division and has publicly expressed a keen interest in the job.

McPherson has formerly managed both St Mirren and Queen of the South and played for Rangers in his playing days.

An announcement from the Brandywell board is expected sometime this week.

Collins, 52, has stated his ambition to manage a club with genuine hopes of winning the League of Ireland title.

The former league and cup double winner with Bohemians and Shamrock Rovers manager also formerly played for Crusaders and Bangor in the Irish League.

Former Drogheda boss Mick Cooke was thought to be in the running for the post but has now taken up the managerial hotseat at Athlone Town.

Current UCD manager Martin Russell was also understood to be on the radar of the Derry City board, but ex-Portadown and Derry midfielder Paul Doolin is now out of the race.

Ex-Candystripes midfielder Peter Hutton has taken charge on a caretaker basis on a number of previous occasions and could become part of the new boss's backroom team.

The successful candidate will replace Declan Devine, who left the club by mutual consent at the end of the season.