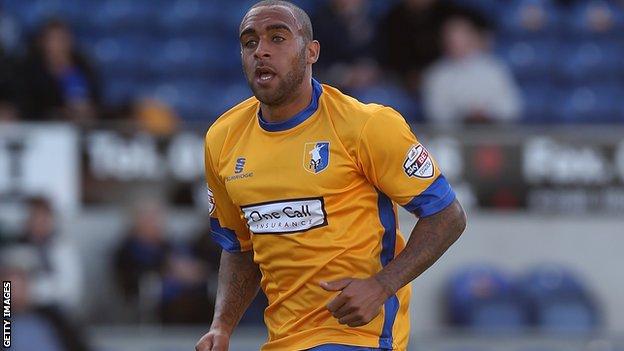 The injury-hit Stags used the 24-hour recall clause to get the on-loan striker back to play in Saturday's League Two game against Oxford United.

"We had just extended the loan from a month to three, so it's a blow." Law told BBC Radio Derby.

Speight scored five goals in six games for the Reds and was not due back at his parent club until late December.

Law added: "We thought he would be with us for the foreseeable future. It's disappointing but what can you do? We will just have to get along without him."