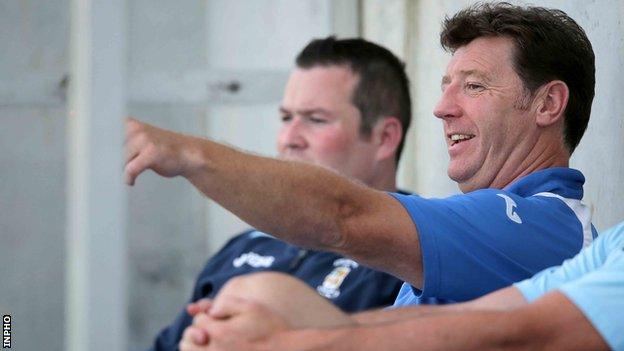 Former Carlisle United and Bohemians boss Roddy Collins has been named as the new manager of Derry City.

Collins had become a free agent after guiding Athlone Town to this year's First Division title.

He will be assisted by former long-serving Derry skipper Peter Hutton who recently had a spell managing Finn Harps.

Collins, 52, has stated his ambition to manage a club with genuine hopes of winning the League of Ireland title.

Collins, a brother of former middleweight world champion Steve Collins, replaces Declan Devine who left the club by mutual consent at the end of the season.

Derry have won the League of Ireland Premier Division twice, the last occasion being in 1997.

They appeared to be title contenders under Devine in the early stages of this year's campaign, but a poor run in the second half of the season saw them finish in fourth place.

"There were some quality candidates and we wanted to be sure we got the right team to take Derry City to the next level," said the club's chief executive Sean Barrett.

"Roddy Collins won the league last year with Athlone and has won the two Premier Division titles with Bohemians.

"He has vast experience and great hunger and enthusiasm. He really wanted to come to Derry City."