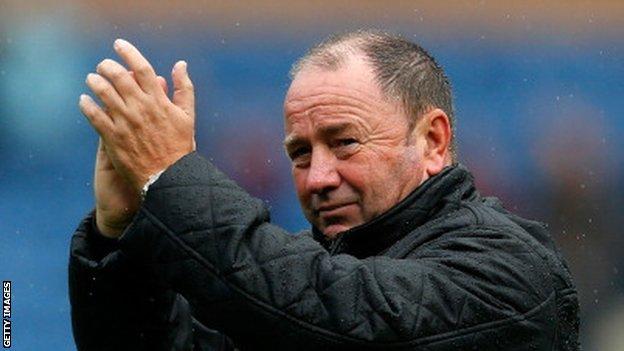 Yeovil Town manager Gary Johnson has not ruled out further loan signings but has said he will not make any before Friday's match at Doncaster.

Johnson wants to assess the Glovers' performance against their fellow Championship strugglers before acting.

"The loan window closes on 28 November and if something comes up we might do some business," said Johnson.

"But at the moment we want to see how we are going against the Donnies and Barnsleys of this world."

The Glovers are bottom of the league and have signed Reading goalkeeper Stuart Taylor on a one-month loan deal.

Johnson added: "We have played all the top teams, all the teams that came out of the Premier League, one after the other.

"We are looking forward to playing the clubs around us - they are all cup finals now. The Doncaster game is the first one.

"We will get a better assessment of our team and squad once we've played a few of those teams."

Over the coming three weeks, Yeovil face struggling Charlton and Barnsley, as well as Watford and Blackpool.

The Glovers are two points below Barnsley and Sheffield Wednesday at the foot of the table.