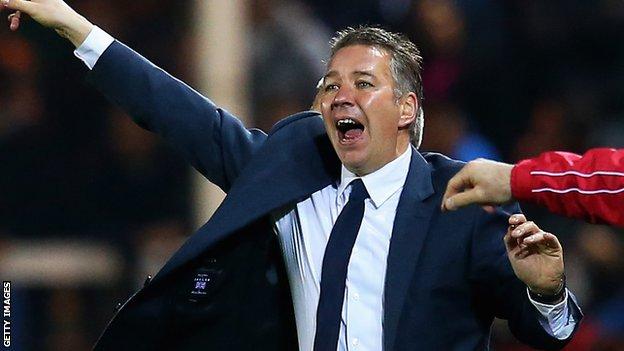 Peterborough United boss Darren Ferguson has threatened changes to his squad in January.

and have now been beaten in three successive League One matches.

"It's up to me to find a way to get our form back. But there's no question in my own mind I know what I want to do," Ferguson told BBC Radio Cambridgeshire.

"It's just a pity the next month is not January, because there are certainly going to be changes."

Peterborough have set out to win instant promotion back to the Championship following last season's relegation and started well, winning six of their first eight league games.

But just one point from the last 12 available has seen the London Road side drift six points below second-placed Leyton Orient.

"We're 16 games in now and I've seen certain patterns, inconsistencies and areas of the pitch where we've just not been good enough," said Ferguson.

But the Posh boss insisted the seven-point gap between his side and leaders Wolves is not a concern.

"It's November, not March. They're not pulling away - it's seven points," he said.