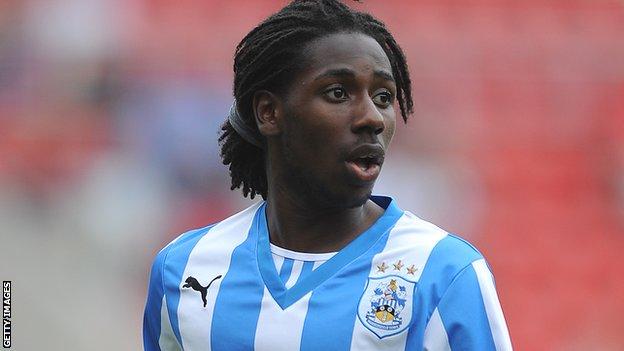 on Saturday, having already been without

A prolific 2012-13 season with Isthmian League Division One South side Dulwich Hamlet earned Carr, 19, a move to the Championship side in April.

He has made three appearances for the Terriers, two of them from the bench.

The injuries to Matt and Ball, who is expected to be out for between four and six weeks, left Fleetwood manager Graham Alexander with only Jon Parkin and Sheffield Wednesday forward Emmanuel Dieseruvwe as his only fit strikers.

Carr will be available to make his debut for the Cod Army, who are currently fourth in League Two, against Mansfield at Highbury on Saturday.