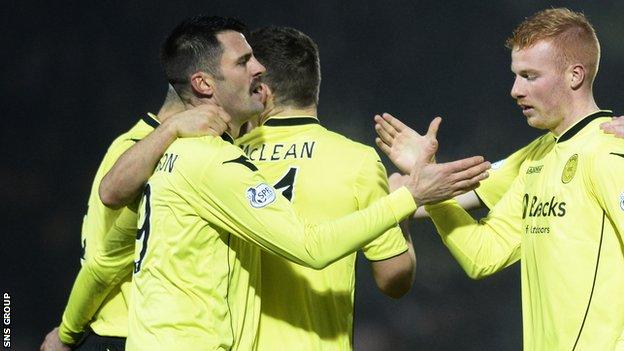 Kenny McLean was initially given the 35th-minute goal following his strike from the edge of the penalty box.

However, Thompson got the final touch, with the ball hitting the net via his shin as he stood near the penalty spot.

The official match statistics were altered by the Scottish Professional Football League on Tuesday and it takes Thompson's tally for the season to six.