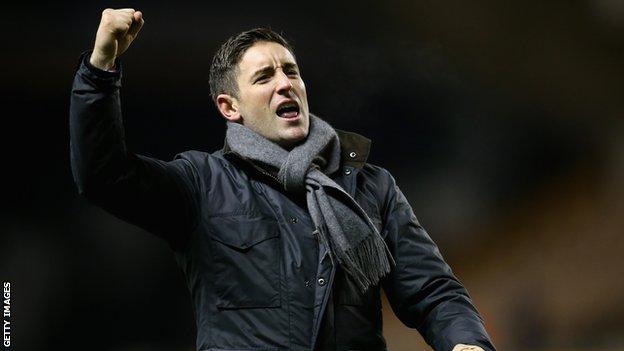 Oldham manager Lee Johnson is confident his squad will develop together and produce more displays like the one that saw them beat Wolves in the FA Cup.

Goals from Danny Philliskirk and Adam Rooney, both summer signings, and a home tie with League Two outfit Mansfield.

"We're going to go with this group for two years and hopefully add to it."

The two League One teams had and Wolves, the division's leaders, went into Tuesday's replay as strong favourites.

But Johnson's improving side, who have won five and lost just two of their last 10 matches in all competitions, won 2-1 at Molineux.

Not even a late Wolves consolation scored by Leigh Griffiths could take the shine off an excellent evening for the Oldham boss, who now wants his players to regain their focus as they bid to climb the league table.

"It's a young group, so now I've probably got to marshal that [confidence] and make sure it doesn't turn into complacency," added the 32-year-old.

"Just keep doing the right things, keep being solid in your performance and it will come good."