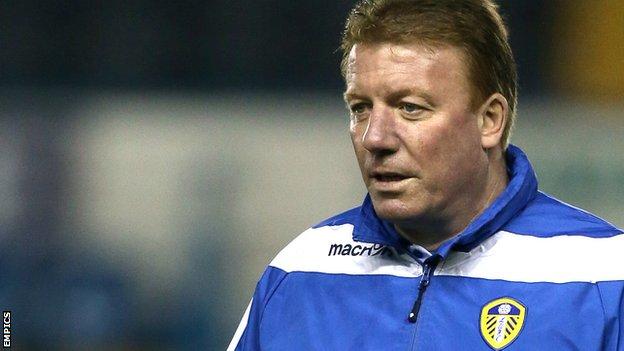 Manager Ronnie Jepson admitted that Bury were lucky to still be in the FA Cup after a 0-0 draw against non-league Cambridge United on Tuesday.

The Shakers, currently 21st in League Two, were at the JD Stadium.

They now face a replay for the right to face Sheffield United in round two.

"I won't try and sex it up any other way. We're lucky to have another bite of the cherry," Jepson told BBC Radio Manchester.

"We never turned up and that was the most disappointing aspect. I don't mind winning, losing or drawing, as long as you put a good performance in with character and a good work ethic.

"We didn't have enough leaders. No one was willing to take the game by the scruff of the neck and drag people on. We got dictated to all over the park."

Jepson has been in charge of Bury since Kevin Blackwell was dismissed on 14 October and has been told he will remain in charge of the club until January, by which time he hopes to have added to his solitary win as manager and guided the Shakers away from the relegation zone.

"It's like one step forward and two steps back at times, but I believe in them as a group," the 50-year-old added.

"They've got to get through until January, and then if the chairman [Stewart Day] needs to make changes, we'll make changes on the playing side.

"They're a good bunch, but on Tuesday night, I was so disappointed with them in terms of how they went about their job."