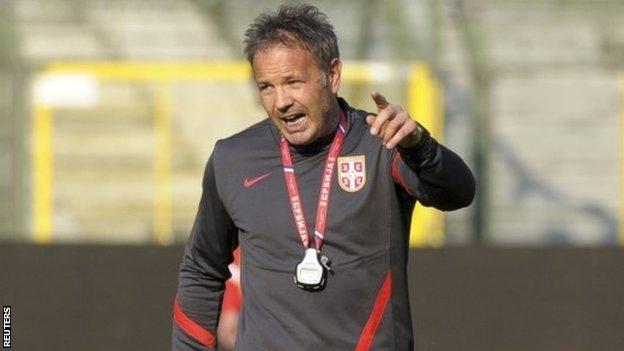 The 44-year-old, who leaves his Serbia job, replaces Delio Rossi, who was sacked after 11 months in charge, with the club 18th in the Serie A table.

His first game is against Lazio, one of his former playing sides, on Sunday.

Mihajlovic had only been in charge of his country since last year but they failed to reach the World Cup, finishing third behind Belgium and Croatia in Group A.