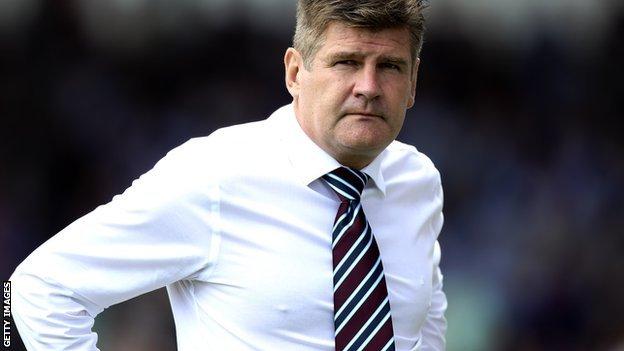 The Iron lost 2-1 to the Mariners on Tuesday in a first-round replay.

Laws took over for his third spell as Scunthorpe boss last October but was unable to prevent them from being relegated to League Two.

They are only five points off the automatic promotion places but are without a win in their last five matches in all competitions.

The club said in a statement on their website: "We would like to thank Brian for his work at the club both on and off the field.

"Sadly, these decisions are not easy but we felt it was in the best interest of Scunthorpe United for now and its long-term future.

"In the interim period, first-team affairs will be looked after by Russ Wilcox and Tony Daws while the club carries out the interview process for the new manager."

Laws, a former Burnley and Nottingham Forest player, took the Iron up in both of his first two spells before leaving to take over at Sheffield Wednesday in November 2006.

After three years at Hillsborough he was appointed boss at Turf Moor in January 2010, but was sacked after less than a year in charge as they suffered relegation from the Premier League.

Following last night's defeat by the Conference Premier side Laws told BBC Radio Humberside: "Every game you lose creates a bit of pressure but I think we've handled it quite well.

"Time will tell but I thought tonight's performance was better than Saturday's. Unfortunately we didn't get the result we wanted."

Scunthorpe travel to Portsmouth on Saturday looking for a first win since beating Hartlepool 1-0 on 26 October.