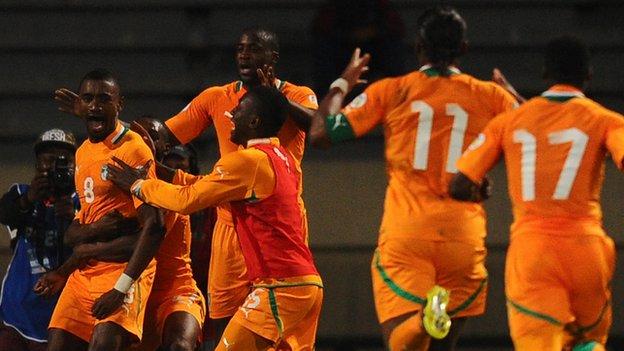 Africa will be represented at next year's World Cup in Brazil by the same five teams that played in South Africa in 2010 and the hope is that their experience will pay off.

Algeria and Ghana completed the continent's five-team line-up for the 2014 finals on Tuesday, joining Cameroon, Ivory Coast and African champions Nigeria, who had all booked their places at the weekend.

The familiarity of the finalists has given Africa renewed optimism that one of its teams can advance further than the three quarter-final appearances the continent has managed since 1990.

"We want to do something interesting in this World Cup, the previous two were difficult," Ivory Coast captain Didier Drogba said after his team beat Senegal 4-2 on aggregate in their play-off to qualify for a third successive finals.

"In Brazil, we hope to have a few more chances and at least get past the first round," he told the Ivorian Football Federation's website.

Placed 17th in Fifa's world list, the Ivorians are the top-ranked African side but are one in transition with the 35-year-old Drogba and many of his experienced colleagues nearing the end of their international careers. 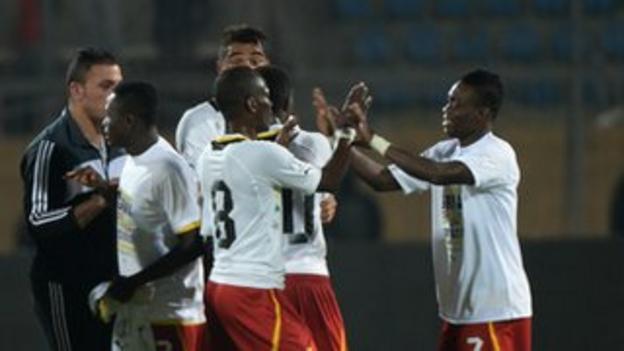 Looking beyond Ivory Coast, 23rd-ranked Ghana, effectively robbed of a semi-final place by a controversial Luis Suarez handball at the last World Cup, were the most impressive in regional preliminaries.

They were devastating in hammering Egypt 6-1 in their play-off first leg last month and never in any danger of losing out on qualification in Tuesday's return in Cairo, despite going down 2-1.

Nigeria established a new team and set their sights on peaking for the 2018 World Cup in Russia but hastily fast-tracked those plans when they emerged as surprised winners of the Africa Cup of Nations at the start of the year.

The inexperience of their squad was exposed at the Confederations Cup in Brazil in June but since that World Cup test event, their improvement has been steady.

Evidence of their potential was displayed on Monday when they drew 2-2 with Italy in London, some 48 hours after beating Ethiopia 2-0 for a 4-1 aggregate victory to secure a fifth World Cup qualification.

Africa's most populous nation will now have legitimate hopes of also proving competitive in Brazil next year.

Algeria and Cameroon both finished the year much better than they started it but have not provided the same conviction in their form.

The Desert Foxes scraped past Burkina Faso 1-0, surviving a last minute scare when the ball bounced back off their crossbar, in Tuesday's second leg in Blida to win on the away goals rule after a 3-3 aggregate draw,

Cameroon secured qualification in a much more emphatic manner but their 4-1 win over Tunisia at home on Sunday was a rare display of competence.

"It puts aside a lot of recent disappointments. There is no reason that if we are united, we can compete with bigger teams at the World Cup," Jean Makoun, who scored twice in that victory, told the French sports daily L'Equipe this week.