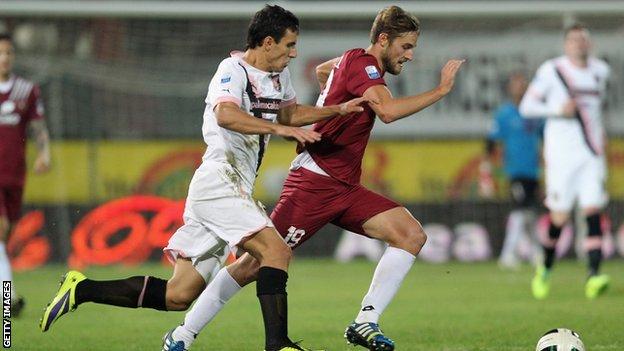 Palermo's Sinisa Andelkovic has become the first player in Italy to be punished after authorities used video evidence to review an incident.

The 27-year-old Slovenia international handled a David Di Michele shot on the goal line in Saturday's 2-0 Serie B win over Reggina, but a corner was given.

However, the Italian league confirmed the player has been banned for one game after watching television footage.

League leaders Palermo plan to appeal against the decision.

Football Association chairman Greg Dyke has said he supports a change of the rules in England to allow greater punishment using video evidence.