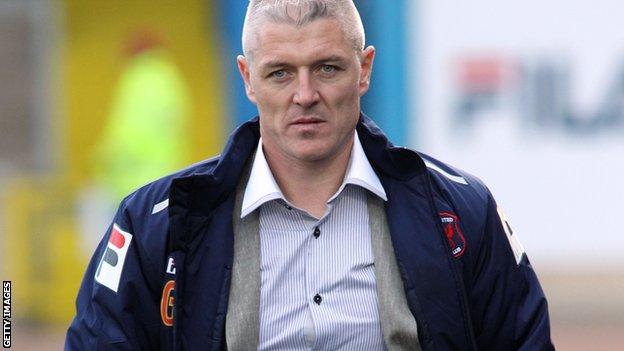 Carlisle boss Graham Kavanagh wants to develop a passing style, but says it is a long-term change requiring patience.

A stoppage-time goal by Mark Beck on Tuesday at the expense of Conference South outfit Boreham Wood.

"It was a massive relief to go through, but we really do have to play better," Kavanagh told BBC Radio Cumbria.

"We didn't pass the ball well enough and that has to change. I am trying to change our style but it'll take time."

Kavanagh's side have struggled of late, winning just once in 10 games prior to the cup replay.

They fell behind early to the non-league minnows and only drew level in the 80th minute before grabbing a late winner.

"We need to impose ourselves on matches and demand the ball. and not get dragged into direct football," he added.

"It's going to have to be a patient, long, training process. I'm in danger of sounding like a broken record but every single day matters as a footballer - that's how top players train."