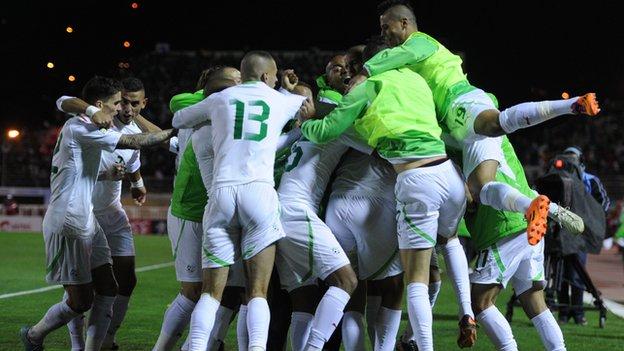 Algerian authorities have said 12 people died and more than 200 were injured in celebrations after the country's football team qualified for next year's World Cup in Brazil.

Five fans were killed when their van slid off a road east of Algiers, four died in a car accident in Biskra and three people died in other towns.

Residents described reckless behaviour during celebrations though the night.

The Desert Foxes beat Burkina Faso 1-0 on Tuesday in Blida to qualify.

The aggregate score was 3-3 over the two-legged tie but Algeria went though on the away goals rule.