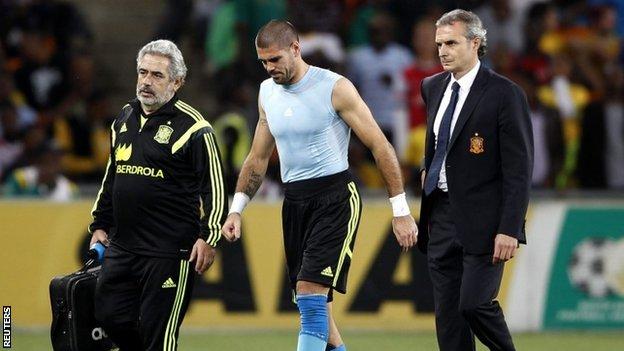 Barcelona goalkeeper Victor Valdes has been ruled out for six weeks with a calf injury.

The 31-year-old was injured playing as a half-time substitute for Spain in a 1-0 defeat in South Africa and had to be replaced by Pepe Reina.

He will miss eight games, including the Champions League tie with Celtic, unless he suffers a setback.

Jose Manuel Pinto, 38, is likely to replace Valdes although he has not played this season.

Valdes has already announced this season will be his last at Barcelona after 12 years in the first team.

Barca are top of the Spanish league and already into the knockout stages of the Champions League.