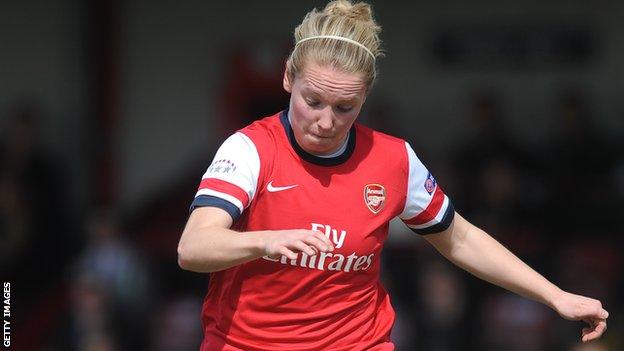 "We always believed she could be a world-class talent. I'm pleased to say that's just what she's become."

Little, part of the British Olympic team at London 2012, has signed what Arsenal describe as a "long-term contract" in the US.

Akers added: "Her potential was clear when we first went to see her play as a teenager for Hibs.

"I'd like to thank her on behalf of the team for all that she's helped us to achieve in recent seasons, and wish her all the best for this new chapter in her career."