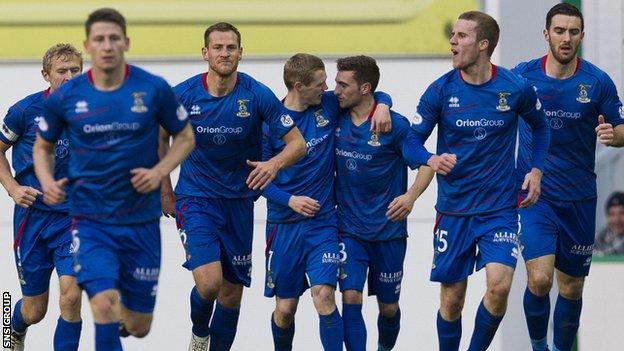 Inverness Caley Thistle hope to appoint a new manager before their Scottish Cup tie with Morton on 30 November.

The Highland club are seeking a replacement for Terry Butcher, following his move to Premiership rivals Hibernian.

Coaches Duncan Shearer and Scott Kellacher will take the first team against St Johnstone on Saturday.

But chairman Kenny Cameron told the club website that a short-list of candidates has now been drawn up.

"The board has, after careful consideration of a huge inflow of applications, decided on a short-list for the managerial vacancy," he said.

"We're very grateful to all who applied for showing such interest.

"We are now proceeding to interview the candidates.

"It is our hope that we will make the appointment before the Scottish Cup tie with Morton on Saturday week."

Marsella reunites with both Butcher and his assistant, Maurice Malpas.

"We have had several discussions with Steve, but in the end he has decided to go and compensation has been settled," explained Cameron.

As well as replacing Butcher, the issue of the scheduling of Inverness's Scottish League Cup semi-final appearance was also discussed at the club's annual general meeting.

to play their meeting with Hearts in Edinburgh at 12:15 GMT on Sunday 2 February.

A fans group will meet with tournament organisers the Scottish Professional Football League to discuss the issue on Thursday 28 November.