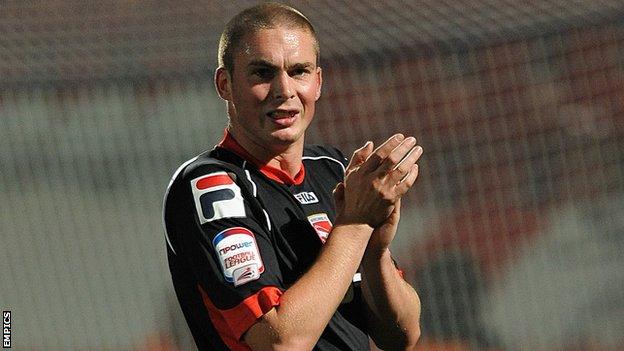 Southport have signed three players on loan until January ahead of Saturday's Conference Premier trip to Aldershot.

Striker Richard Brodie, 26, who has won the Conference title with both Crawley and Fleetwood, joins from fellow non-league outfit Gateshead.

"He is an established centre forward with tremendous experience in the Conference. He is a winner who wants games and he will be a major addition to the squad," Wright told the club website.

"I have been monitoring both Godwin and Joel. Both have real talent and are looking to develop their experience with first-team, competitive action."