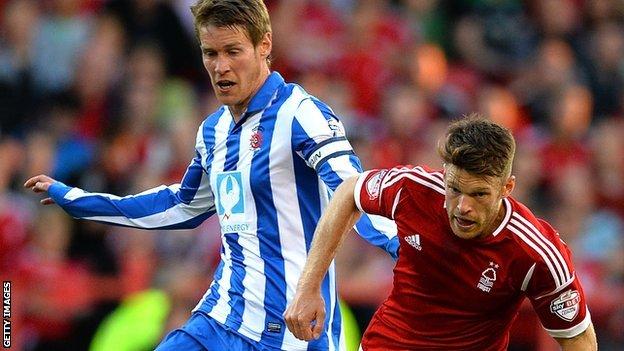 The midfielder limped off 18 minutes into the and, after returning to the squad in September, he has been unable to regain his starting place.

when the former Middlesbrough coach

"He is a consummate professional and has been a credit to this club in how he conducts himself," said Cooper.

Antony Sweeney was born in nearby Stockton and joined Hartlepool in 2001.

"That's why he's captain. He's worked very hard to get fit and has no qualms about playing regularly for the reserves - as soon as he's needed he'll be absolutely ready."

Meanwhile, the Hartlepool boss has confirmed the club are in talks over the extension of midfielder Matty Dolan's loan spell from Boro.

The 20-year-old has made 15 appearances since

Cooper told BBC Tees: "Matty is a positive asset that I really want to keep hold of and I'm hopeful we can sort everything out to keep him here until January."