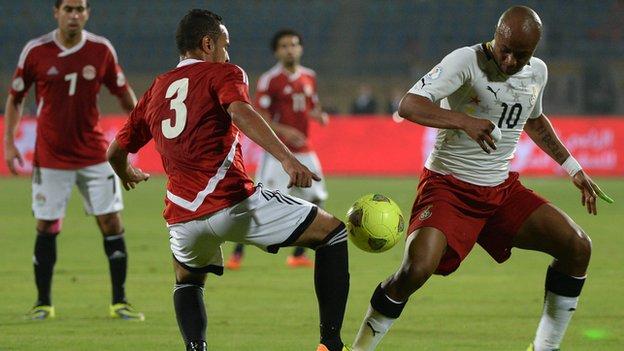 Ghana international Andre Ayew will be out of action for up to eight weeks after suffering a knee injury.

The 23-year-old hurt his left knee during his country's World Cup play-off second leg against Egypt on Tuesday.

His club Marseille said on their website that medical tests revealed Ayew has a slight tear in his knee and will undergo surgery on Monday.

It is a blow for Ayew, who had had been on good form of late and had scored four goals in his past nine matches.

Ghana lost the match in Cairo 2-1 but qualified for next year's World Cup in Brazil by winning the tie 7-3 on aggregate.