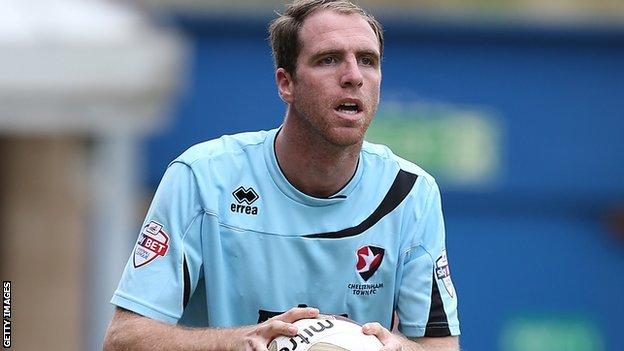 Lowe has made 111 league appearances for the Robins since joining from Hereford in July 2010.

But Cheltenham have confirmed that discussions have taken place between the clubs about a permanent transfer for the 28-year-old in the new year.

"I had a phone call saying they were interested and I jumped at the chance to come," he told BBC Radio York.

"It can take a couple of games to build up a partnership at the back, but hopefully I can do well.

"I'm going to come here, do my best and then we'll see what happens from there."

Lowe could make his debut for the Minstermen in Saturday's trip to Southend.