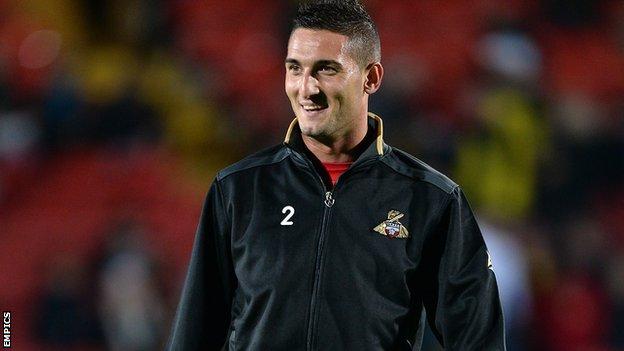 Doncaster Rovers have signed Manchester United striker Federico Macheda on loan until the end of December.

The 22-year-old Italian initially joined Rovers on a one-month deal in September.

He scored three goals in five appearances before a hamstring injury curtailed his spell at the start of October.

"There were a few other clubs that wanted me but I wanted to come back here," he told BBC Radio Sheffield.

"The results haven't been great lately so I'm looking forward to helping them do better because I think it's a good team.

"I'm just concentrating on doing well for the next six weeks and then we will see what happens after that."

Macheda has gone on to score five goals in 36 appearances for United since netting a last-minute winner against Aston Villa on his debut in 2009.

He spent the second half of last season on loan at Stuttgart, but all 14 of his appearances in the league came from the bench.