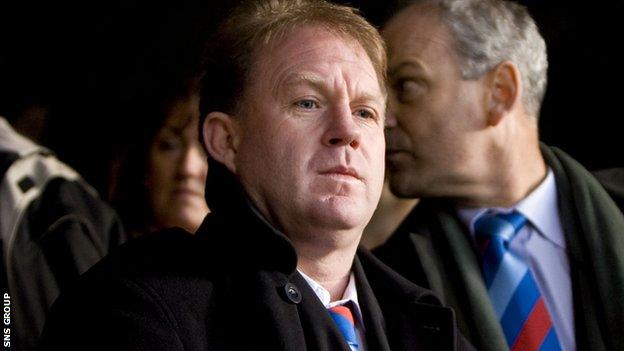 Vice-chairman Graeme Bennett is standing down from the board of Inverness Caledonian Thistle.

He departs expressing "growing reservations about the boardroom mix and the influence that is having".

The 49-year-old played for the Highlanders in the 1990s and took up the post of director of football in February 2000.

During nearly 12 years as a director, he served briefly as interim chairman and interim manager.

"As the club moves into a new era under a new manager and in its highest ever league position, I would want to wish it all the best for the future," he said in a statement, having

"I would also like to thank the fantastic support which I have from various chairmen and fellow directors and also the solid fan base which has played such a big part in getting the club where it now is.

"I now look forward to continuing to attend games as a fan."

Caley Thistle currently sit second in the Premiership and are