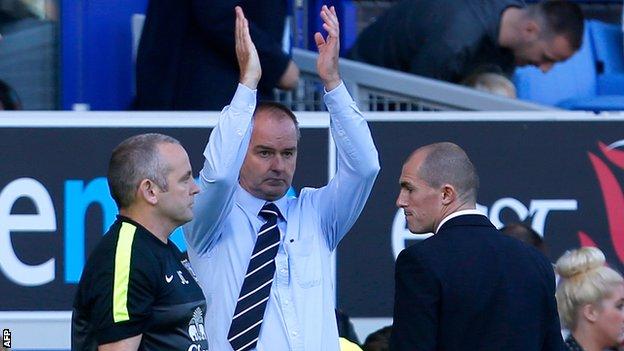 West Brom will hold talks with head coach Steve Clarke after Christmas about extending his contract.

The 50-year-old Scot, appointed in June 2012, is under contract with the Baggies until the end of the season.

Albion's sporting and technical director, Richard Garlick, said the new year is "the appropriate time to address such matters".

He added: "Steve is aware of our plans and has told us he is comfortable with the situation."

The role is Clarke's first as head coach after previously serving as assistant manager at Newcastle, Chelsea, West Ham and Liverpool.

Albion finished eighth in the Premier League in his first season in charge and now sit 10th, with 14 points from their opening 11 games, including a 2-1 win over Manchester United at Old Trafford.

"We have got an extremely busy period ahead, with important games coming thick and fast," Garlick added. "Once the Christmas period is out of the way, we plan to sit down with Steve and discuss his future."