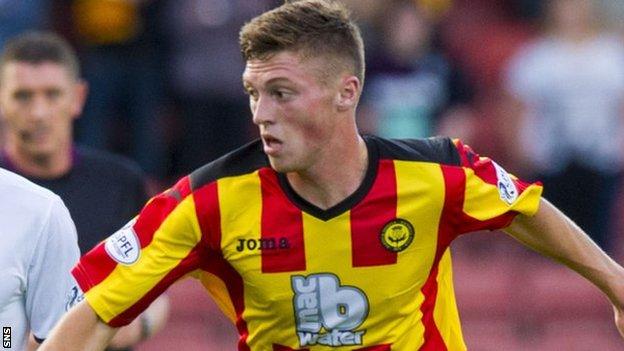 "We are no further forward with that," admitted the Thistle manager when asked about a possible extended stay.

"We have not spoken to Bolton about it, but we have got time on our side with that one."

Fraser has made four appearances for the Scottish Premiership side, but he has not featured since August.

He was sent off while playing for Thistle's reserves against Dunfermline Athletic on 22 October, earning an automatic two-game ban.

And he was handed a further seven-game suspension last week after being found guilty of seizing Dunfermline's Chris Kane, causing him to fall to the ground and kicking him repeatedly on the head and body in the lead-up to his red card.

Archibald, though, wants to make a further agreement with Bolton manager Dougie Freedman.

"We have until the first week in January before we need to sort that," added the Thistle boss.