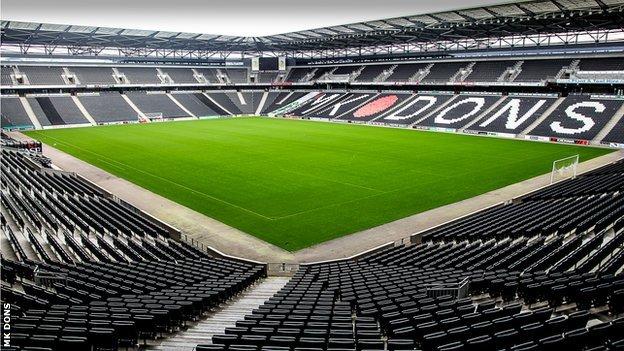 Amongst all the downtrodden masses who spend a large proportion of their weekly earnings watching their favourite football club each weekend, few have been more trodden on than the supporters of Coventry City over the last decade.

When the club chose to leave their 106-year-old home at Highfield Road to move across the city to a gleaming, new 32,000-seater ground at the Ricoh Arena in 2005, it appeared to represent an exciting new future.

Gates increased as Micky Adams' side recovered from a slow start to finish eighth in the Championship, to the extent that, by the end of the season, the club were averaging 21,302 for home games - more than 5,000 up on their final season at Highfield Road.

But, largely as a result of the fact that the club no longer owned their own ground, that confidence was to prove misplaced.

Fast forward, through eight years of political in-fighting, to the current status quo - of the Sky Blues playing outside the city at Sixfields, Northampton Town's home ground, in front of an average 'home' crowd of 2,169 - comfortably the lowest in League One.

While the Ricoh Arena stands predominantly empty, City are now well into the first season of a scheduled three-year stay in Northamptonshire and the boycott of 'home' games by the majority of the Sky Blues faithful, which might have been expected to have tailed off by now, remains very much in force.

The fans' love of the Sky Blues is matched only by many's loathing of the club's owners, even after the club changed hands from Sisu to Otium when part of the Sky Blues came out of administration earlier this year.

It all seems such a mess. An avoidable mess. But not, as it turns out, a hopeless mess.

On the pitch, excepting City's last two performances at Sixfields, in which they have shipped eight goals in two 'home' matches to Tranmere Rovers and Rotherham United, Steven Pressley's exciting, young side have made light of the club's 10-point deduction, for the second season running, to turn themselves into genuine League One play-off hopefuls.

And, in the stands, in suburban Buckinghamshire on Saturday, at MK Dons' Stadium MK home, a travelling Sky Blue army of almost 7,000 offered the single most positive demonstration of just how much spirit is still coursing through the veins of the City fans.

In a gate just short of 15,000, there were nearly 7,000 Coventry fans - comfortably breaking the previous highest number of away supporters ever seen at Stadium MK (Sheffield United brought 6,135).

It is a staggering show of support.

Midfielder Franck Moussa scored a stunning City opener 11 months ago at Milton Keynes as his team won 3-2 in front of 5,000 travelling fans.

"I've got great memories from playing there," he said before Saturday's game. "I scored a great goal which turned out to be goal of the season.

"It is going to be a great occasion to go back to Milton Keynes and play in front of a huge following.

"And more fans are turning up this time, which is incredible because we sold it out last season.

"Our away support has been fantastic this year, especially at Wolves and Walsall, where they really made a difference."

This season's gates at Sixfields

Twice this season already, at Vale Park and Molineux, Coventry have taken more away fans than they are currently averaging for 'home' games.

Good away support is something that Coventry have never been short of down the years.

In the late 1960s and early 70s, the 'Sky Blue Special', a chartered train for away matches, opened the door for a new travelling generation of fans.

And, following the club's famous FA Cup final victory over Tottenham in May 1987, watched by an official 25,000 Sky Blues fans, there were an estimated 50,000 who returned to Wembley in the August for the Charity Shield game against Everton.

There were also 27,500 for the Cup semi-final win over Leeds United at Hillsborough, as well as 15,000 for the quarter-final victory over Sheffield Wednesday on the same ground.

And, having taken 11,000 to Old Trafford for the 2-0 League Cup win over Manchester United in September 2007, there were close to 8,000 at the Emirates for last season's 6-1 defeat by Arsenal in the same competition.

The support is clearly there. So is the belief. And, under Pressley, so is the promise.

But it may take some knocking together of heads off the field before, in the words of their old chairman Jimmy Hill, they're all singing together in Coventry again.

THE FAN'S VIEW (FROM SIXFIELDS)

Pat Raybould, voted League One's Fan Of The Year for the 2012-13 season, a supporter for over 50 years and home and away season ticket holder for the majority of that time, including this season at Sixfields:

"Let's be clear from the beginning - Coventry City should be playing in Coventry.

"I respect every individual's personal decision that they have made regarding how to deal with the current situation.

"In the end we all want the same outcome for the club. The numbers going to MK Dons show the level of support for the club.

"However to go to Sixfields or not is a big issue.

"I choose to go to support my team, not necessarily the owners. None of the off-field problems are their fault so why shouldn't they have support? I have always maintained that Otium will go when Otium are ready. No campaign will force them out.

"At the moment the club is not a saleable asset. Therefore, how do we move on?

"Only going to away games is great support for the team but putting money into the coffers of clubs who are our rivals.

"Going to Sixfields puts money into Otium coffers but, even if we sold out every week, it wouldn't even dent the amount Otium are having to pay out.

"The answer is controversial, but sell the Ricoh Arena to Otium. They then have a saleable asset and maybe a way out for them and a way forward for the club."

THE 'AWAY GAMES ONLY' FAN'S VIEW

"This away following shows not only the tremendous passion and love the fans have for their club but also reflects the incredible job that Steven Pressley, his coaching staff and all the players have done in overturning the 10-point deficit that the Football League imposed on the team at the start of the season.

"In the dark times off the pitch their performances have provided a shining light and given a glimmer of hope for the future. Without this deficit we would be comfortably in the play-off places.

"To show appreciation for the team's achievement to date, the Sky Blue Trust is proposing that all the Coventry fans attending the match stand up together and applaud on the 10th minute of the game for one whole minute.

"This gesture will be our way of saying thanks to all the playing staff for their efforts in turning what many feared would be a season of struggle into a season that promises hope.

"There is a long way to go in the season but Steven Pressley and his men have given the fans that one commodity that has been sadly absent from the lives of Coventry fans - hope."