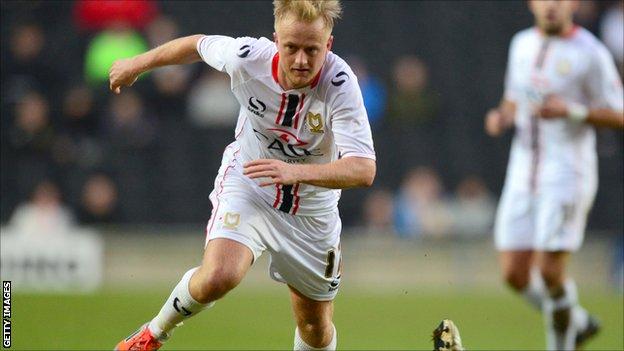 Reeves struck in the second half after a first period of few chances in which Jason Banton fired wide for the hosts.

But Reeves found the net from inside the box with a decent finish while Patrick Bamford went close soon after.

George Baldock saw one shot fly just wide and another saved while Dover's Sean Raggett also hit his own post as Bamford missed an open goal late on.

"It wasn't convincing, let's not hide that fact, but we're through to the third round.

"At the moment we are picking at bare bones. But the young players have dug deep today; I thought Samir Carruthers was outstanding. Today he's really shown me his coming of age."

"I'm disappointed, I thought the last ten minutes we really had a go and the chances we had, I think we could have got something, the lads have gone home disappointed.

"They should be Championship or Premier League looking at this place. Our lads have got to go back to work Monday, they've just come back from Dubai so it's a little bit different.

"We came here to have a go, you have to defend but why sit back and wait for them to score, but maybe we were over confident."

View all 16 The FA Cup results