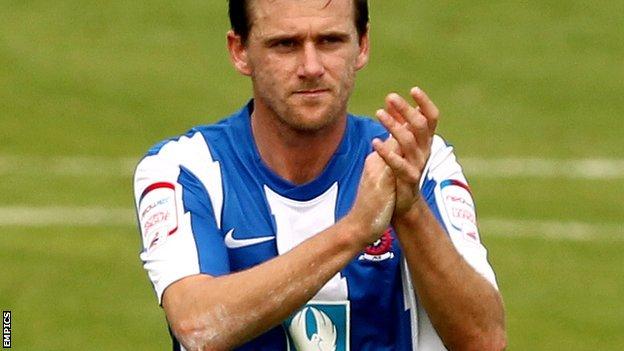 Gateshead striker Colin Larkin missed an injury-time penalty but his side still moved into the play-off spots after a goalless draw with Aldershot.

The home side dominated but struggled to create chances in a poor first half.

And there was more frustration for Larkin when keeper Glenn Morris palmed his spot-kick over the bar after Marcus Maddison had been fouled in the box.