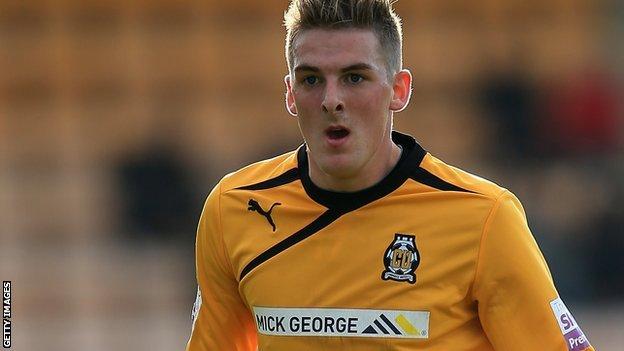 Liam Hughes moved Cambridge United to within a point of Conference leaders Luton with a superb winner at Tamworth.

Home goalkeeper Cameron Belford frustrated the visitors either side of the break, tipping a Hughes header over the bar and denying Matthew Barnes-Homer in a one-on-one.

Hughes eventually beat Belford with a 30-yard free-kick to earn United a first away league win since October.

Lloyd Kerry was the only man to test U's keeper Will Norris on his debut.

The 20-year-old was called up to deputise for John Sullivan who was injured during the warm up.