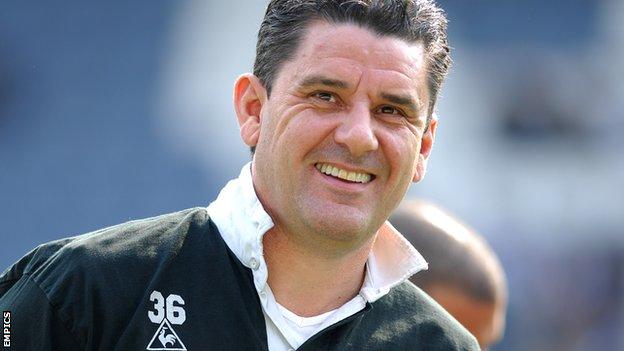 News of the various managerial casualties and appointments over the last few days got me thinking about what it must be like in the dressing rooms of those clubs.

Fulham, Bristol City, Barnsley, Wigan, Sheffield Wednesday, and Crawley all parted with managers in the past week or so - and some have already brought in replacements, with John Gregory replacing Richie Barker at Crawley and Steve Cotterill taking over at City.

Sometimes, when results are poor, it seems inevitable that a change will take place and as a player, you can sense that it could happen any day.

There will be talk about press speculation and someone will always have heard one candidate or another is interested in taking the job.

It is human nature that some players will be more disappointed than others when a manager leaves.

A player who plays every minute of every game under the previous manager will worry that his position of importance to the team will be lost. On the flip side, players who have hardly figured will feel they have a new lease of life.

Managers are almost always replaced when a team is failing and it is very likely that a new boss will want to make changes.

Players on long contracts may feel safe, but others with only a few months left, will feel very vulnerable - those with the shortest contracts are likely to be those who have to leave if a new manager wants to bring in new faces because every club has budgets to keep to.

Training always takes on an added importance when someone new takes over and there is an extra zip and sharpness during the sessions.

It is not that players take it easy when a manager has been in place for a while, but they want to make the most of every opportunity to impress, especially when a new boss and coaching staff are feeling their way into the job and trying to put their ideas across to the squad.

You never know how situations will play out and it is a case of head down, work hard and see where it takes you.

Earlier in my career, I was extremely disappointed and genuinely sorry to see then Wycombe manager John Gorman leave in 2006 as I had enjoyed a fabulous relationship with him and the football we played under him was a real joy.

His successor, Paul Lambert, arrived with a massive reputation from his time as a player, mainly with Celtic and Borussia Dortmund.

It was only his second managerial job, so we didn't know what to expect. Along with nearly all the other lads, he didn't know anything about me, so I had to prove myself all over again.

In his first year we reached the semi-finals of the League Cup and I had a better season personally than I had the previous year.

Like I said, you never know how football will work out.