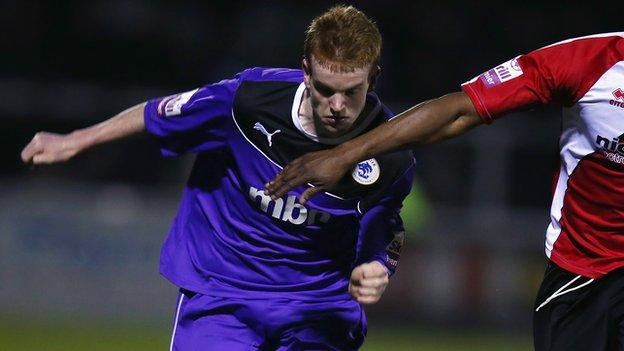 The midfielder curled the ball home in off the post after racing on to a John Rooney pass.

Reed had an effort cleared off the line, as Chester held on to earn their first back-to-back wins this season.

It was a third goal in five games for Menagh, who scored twice on his Chester debut at home to Lincoln City just before Christmas.