After Brazil began the World Cup with a 3-1 victory against Croatia, attention on day two turns to one of the most eagerly awaited games of the group stage.

Spain, the reigning world and European champions, meet Netherlands in a repeat of the 2010 final, one of three fixtures as the tournament gets into full swing.

Samuel Eto'o's Cameroon take on Mexico, who are looking for their first win over an African opponent at a World Cup, before Chile and Australia round off the day's group games.

Today at the World Cup brings you everything you need to know to help you plan your 2014 Fifa World Cup day.

BBC Sport's Mark Lawrenson: "Cameroon have some talented players in their team but I am not sure they have the consistency they need to get out of this group.

"The Indomitable Lions can be hit and miss and, if they have a bad day, Mexico have got the quality to punish them."

Lawrenson: "I am in Salvador covering this game for the BBC and, because of the enormity of the fixture, I think both teams will cancel each other out.

"Spain lack an outstanding striker and they are not a brilliant side any more but they are still a very, very good team. The Dutch, under new Manchester United manager Louis van Gaal, will be extremely competitive." 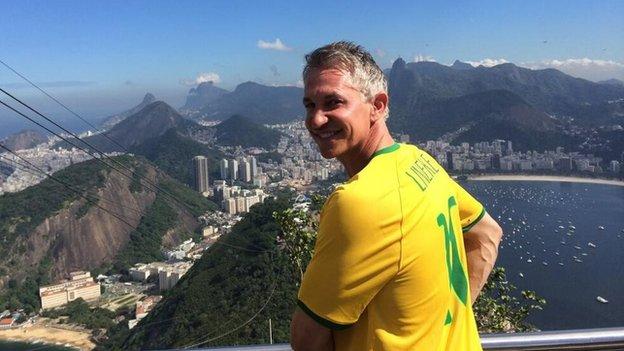 Gary Lineker's prediction: "These are two of the great footballing nations but I'm going for Spain. Louis van Gaal likes to play with two wingers, one upfront and one behind, but it looks like Holland will adopt a 5-3-2 formation with Robin van Persie up top. It worked well in some friendlies. But against Spain, will they get that possession?

"Some say Spain are ageing a bit. But they have so many great and gifted midfield players. It will be interesting to see if they go with Diego Costa up front."

Lawrenson: "The Australia players will give everything, as always, but they don't have the quality they need, especially in a group like this one. Chile have got enough class to pick them off." 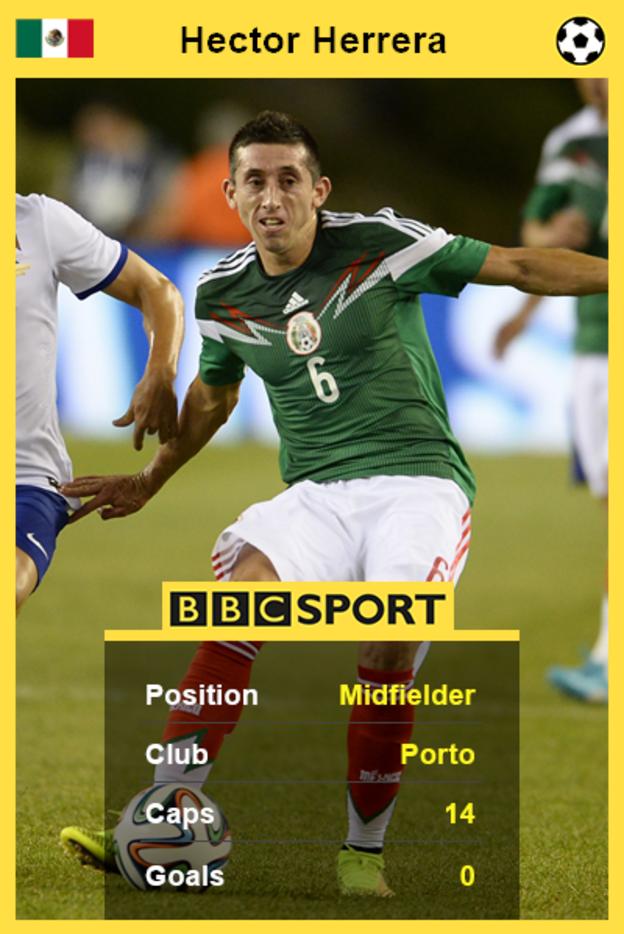 Herrera impressed with his energy and incisive passing as part of Mexico's Olympic gold medal-winning side in 2012, a success they achieved at the expense of Brazil in the final.

An injury to Juan Carlos Medina means he may be asked to sit in a deeper role than he would normally prefer.

Neither Spain nor Netherlands want for talent or flair, but both look predominantly to one man to provide their attacking inspiration.

Andres Iniesta, scorer of the winning goal in the 2010 World Cup final and the player of the tournament at Euro 2012, will lead his side's bid for a fourth consecutive major trophy.

Wesley Sneijder, scorer of five goals in South Africa four years ago and runner-up in the player of the tournament category, will aim to provide the firepower for Robin van Persie.

The meeting of two of the tournament favourites is undoubtedly Friday's unmissable moment, as Netherlands attempt to exact revenge on Spain for their extra-time defeat in the final in South Africa four years ago.

That game is particularly memorable for the lack of discipline on display - English referee Howard Webb booked 12 players and sent off Dutch defender John Heitinga.

With Van Gaal in charge of the Dutch and new Chelsea signing Cesc Fabregas and Diego Costa - who looks set to join him at Stamford Bridge - likely to be in action for Spain, there are plenty of reasons why there is only one thing you should be doing at 20:00 BST.

Spain have won their last six World Cup games, their best run in the tournament. Their last four games have ended in 1-0 wins.

Netherlands have made it past the group stages in their seven previous World Cups.

Mexico have lost more games than any other team at World Cup finals (24).

Cameroon have won only one of their last 13 World Cup games (1-0 v Saudi Arabia in 2002), drawing four and losing eight.

Australia's first point in a World Cup group came courtesy of a 0-0 draw against Chile in June 1974; it remains their only clean sheet in 10 matches at World Cup finals.

Who can forget Nigel de Jong's karate kick on Xabi Alonso in the 2010 final and, just as memorably, referee Howard Webb's decision not to dismiss the Netherlands midfield enforcer.

With both sides aiming to become the first European team to win the competition outside of their own continent, a drab opening 45 minutes was followed by an increasingly tense second half and the drama of extra time. Then, with four minutes remaining, Iniesta pounced to secure Spain's first World Cup triumph and inflict a third final defeat on the Dutch.

In June, across the north east of Brazil you'll hear a lot of "forro", a type of traditional folk music.

It is here in the historical centre of Salvador, where Spain will take on Netherlands, that the African-music influenced Sao Joao festivities take place.

The most common instruments used to create this form of music are the triangle, accordion and zabumba - a type of bass drum.