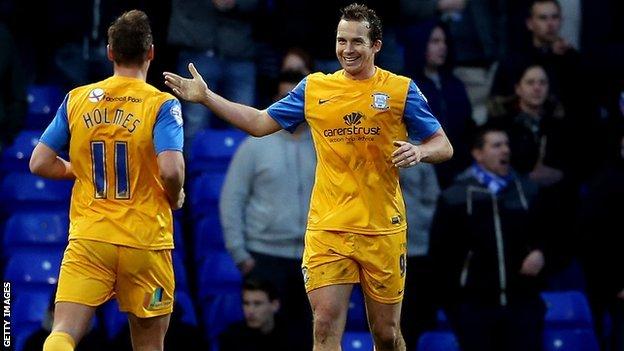 League One outfit Preston earned a draw at Championship side Ipswich to ensure both teams go into the hat for the FA Cup fourth round.

David McGoldrick put Ipswich ahead when he crashed home the rebound from his own penalty, given when Paul Huntington handled Carlos Edwards' corner.

McGoldrick may have won it late on but his effort was saved by Declan Rudd.

"I was disappointed with our performance. It's as poor as we've played in a long time and that's probably down to me and the team I've picked.

"Sylvan Ebanks-Blake, Carlos Edwards, Jay Tabb, Anthony Wordsworth have not played enough football but I've got to get them football somehow.

"I thought Preston were excellent. They're no mugs and they've got some quality players."