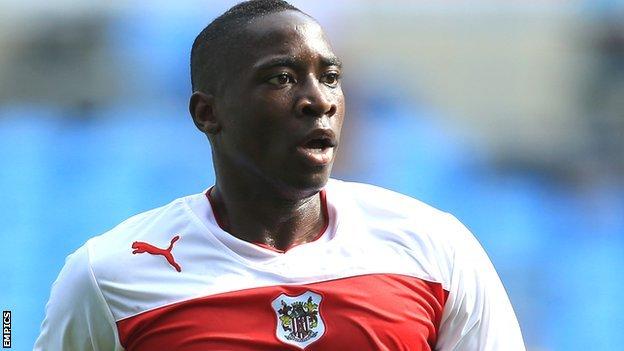 League One basement side Stevenage earned a shock victory against promotion-chasing Swindon Town.

The hosts led six minutes before the break when Lucas Akins showed good strength before sending a low 20-yard shot into the far corner.

Stevenage stay bottom of the table despite their victory, but are now just one point behind Bristol City who are 23rd.

Had other results gone their way, Swindon could have moved into the play-offs but are now four points adrift of Walsall who occupy the final place having beaten Oldham 1-0.

"We worked hard tonight, you could see a response from the side.

"I thought the officials were excellent throughout the evening.

"I keep saying it; with our best 11 on the pitch we're more than a match for anybody.

"If you look at chances over 90 minutes I'm sure it was well in our favour."