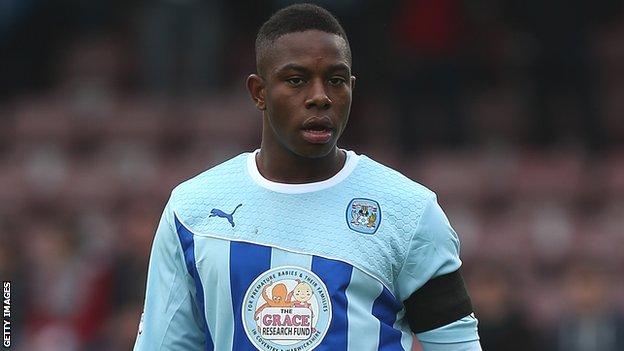 Franck Moussa scored his 13th goal of the season as Coventry City beat struggling Bristol City in League One.

Andy Webster's close-range finish after Nathan Delfouneso had flicked on Carl Baker's corner gave the visitors a two-goal lead at the break.

Wes Burns closed the gap with a header from Jay Emmanuel-Thomas's corner, but Coventry held on for the victory.

The Sky Blues close the gap on the play-off places to nine points, while Bristol City remain 20th on 27 points but only two points clear of bottom club Stevenage,

"I feel as though we did deserve a point. But we gave ourselves a mountain to climb, really.

"There's a reoccurring theme with the goals that are being conceded this season. We always have to dig ourselves out of a hole.

"It's demoralising for the players because they've put in a shift.

"We've had enough balls that have whizzed past the goal in the second half. We've got to be more ruthless."