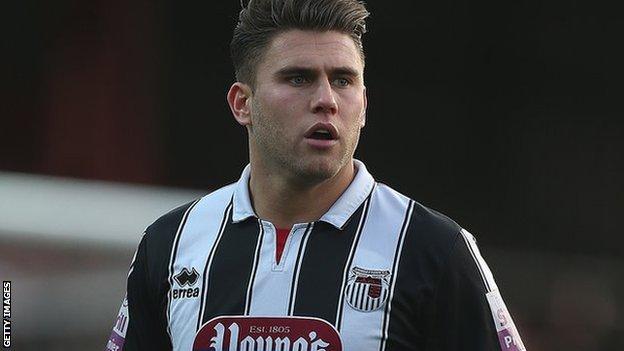 Richard Money's side, who had won all 12 of their previous league outings at the Abbey Stadium, fell behind to a first-half goal from Lenell John-Lewis.

His close-range effort was cancelled out when Luke Berry headed in an Ashley Chambers cross on 54 minutes.

Scott Neilson's deflected shot through a crowded area won it for Grimsby.

Luton remain three points clear of Cambridge at the top of the table, while the Mariners have consolidated their play-off position and are now up to fourth.

"The last thing [I said] going out was 'are we good enough to come and get three points?' - I wrote that on the board and asked the lads the question.

"I said I believed in them, that they were good enough, but ultimately it's about going out on the pitch and proving that.

"I thought it was a deserved win, Cambridge are a good side, it's a fantastic record they have had - law of averages, they're going to lose one eventually, and I'm delighted it is us that has put an end to that run.

"I've said all along, I think we are capable of going anywhere and winning."