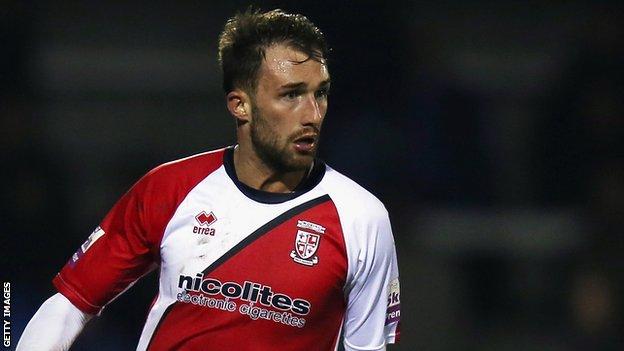 The Cards struck twice just before the half-hour mark, through Jack Marriott's header and Keiran Murtagh's long-range shot, to take hold of the game.

The result saw Woking move up to 17th, two places behind their opponents.

"You look at Manchester United, you take Rooney and Van Persie out of their team, they're very average - and it's the same for us.

"With the help of Ipswich, getting Jack Marriott back, and Scott Rendell choosing to come back as a contract player is a big plus, extending the loan of Keiran Murtagh to the end of the season is another big plus and getting the lad in from Yeovil, Joey Jones, is another big plus.

"You look at those four additions and they have given everybody a lift at the club as well as the fans and I am very pleased. It's a good group and we showed that tonight."