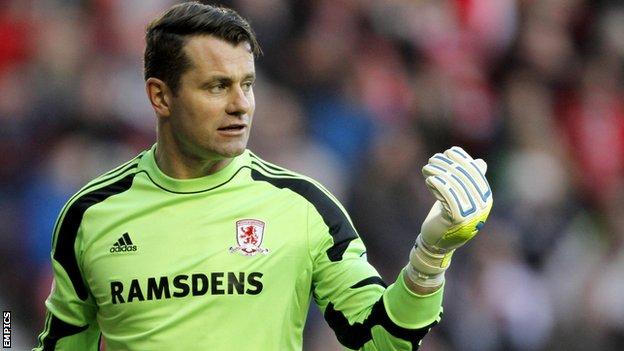 Aston Villa goalkeeper Shay Given has extended his loan spell at Middlesbrough until 28 February.

Given is the Republic of Ireland's second most-capped player, having appeared for them 125 times.

"We are extremely delighted to secure the extension of Shay's loan until the end of February," said Boro chief executive Neil Bausor.